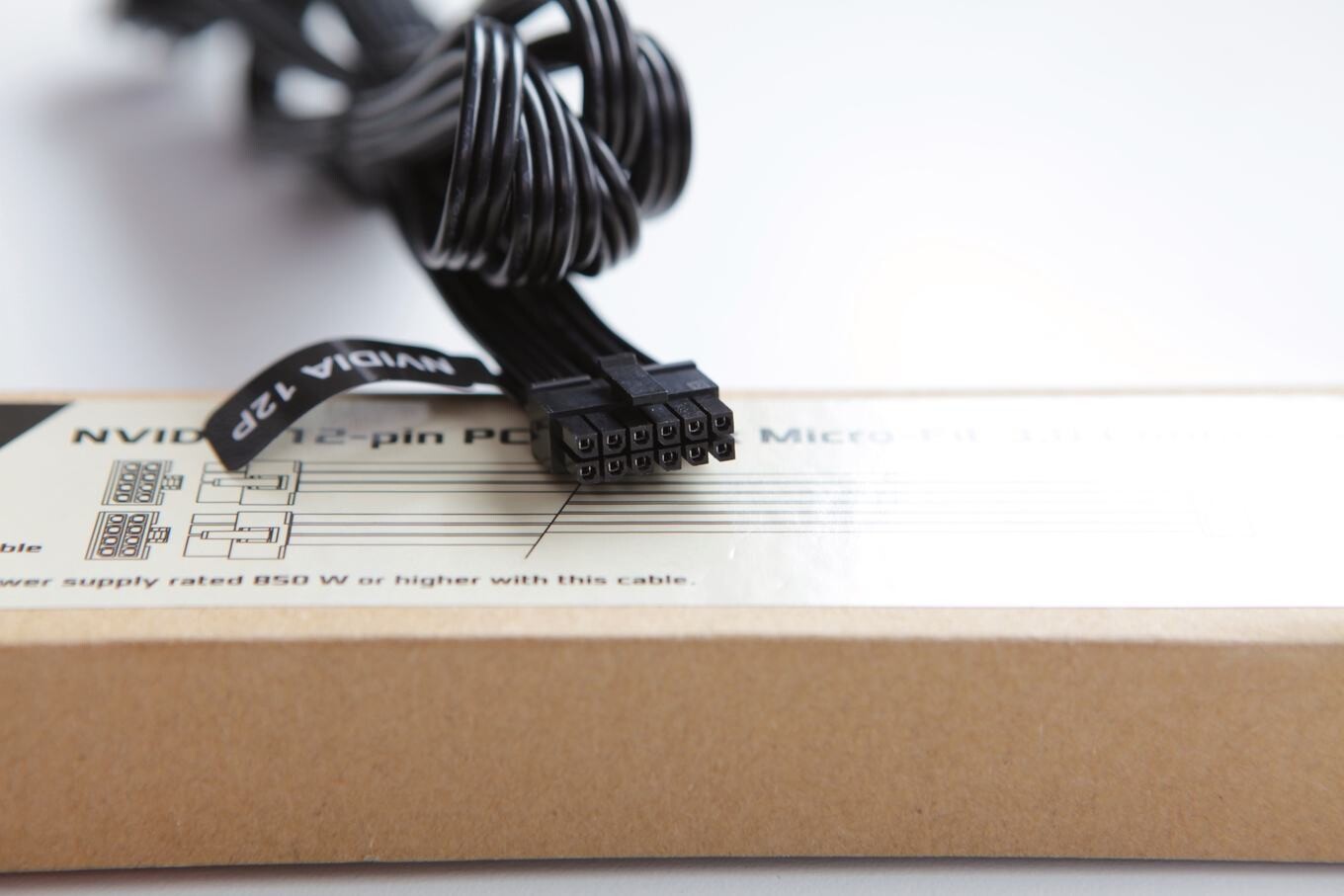 That would suggest that an announcement will be made on August 31, which would be the same day the Nvidia GeForce 256, the company’s first GPU, was released 21 years ago, in 1999.

The countdown to Nvidia’s Ampere GeForce GPUs has started, and meanwhile, the rumor mill is working as hard as it can to get you excited. We recently caught wind of a rumor detailing Nvidia’s new 12-pin power connector and verified through our sources that such a cable does exist, and now a new picture of a 12-pin cable has surfaced – and it’s purportedly posted by Seasonic, a PSU manufacturer.

The posting was spotted by twitter user HXL, who found the image on the bilibili forums. It shows a Seasonic cable next to its box, adapting dual 8-pin connectors into a single 12-pin connector. The “Nvidia 12-pin PCIe Molex Micro-Fit 3.0 Connector” is 750 mm long, and the box notes “It is recommended to use a power supply rated 850 W or higher with this cable.”

The 12-pin micro connector is small, being not much larger than a single one of the 8-pins on the other end. This cable features two male 8-pin connectors, it’s intended to plug straight into the modular ports on a Seasonic PSU – rather than to be used as an adapter on your existing 8-pin cables.

Normally, 8-pin power connectors are rated for 150W each, which paired with 75W through the PCIe port tallies up to 375W of total board power. This isn’t completely unheard of, as even custom boards from Nvidia’s AIC partners occasionally have three PCIe power connectors. However, it’s noteworthy that this doesn’t say much about Ampere’s power consumption or efficiency.

The Nvidia GeForce RTX 3090 was also pictured again just yesterday, and it looks like it will be a behemoth of a triple-slot card, suggestive of a power-hungry design.

It’s unclear whether this new 12-pin connector will make it to the entire Ampere GeForce line. Seasonic notes “Is it really unsure, dare to send because there is no NDA. If it is true, the power supply manufacturer will increase the cost of the bonus line, and Lao Huang will not give us a penny. It is currently only used for testing”

The note on the box says “It is recommended to use a power supply rated 850 W or higher with this cable,” but that might only be needed for the most power-hungry cards, as we could imagine it would upset quite a large group of people if something like the RTX 3070 would also need a near-kilowatt PSU.

That being said, it’s also possible that the note is just there as a warning. After all, we can’t deny that a single 12-pin connector would be a much more elegant solution than multiple connectors, especially if you decide to indulge in individually-sleeved cables.

Either way, the only way to know for sure is by waiting for Nvidia’s actual announcement, so just sit tight until September 1st.